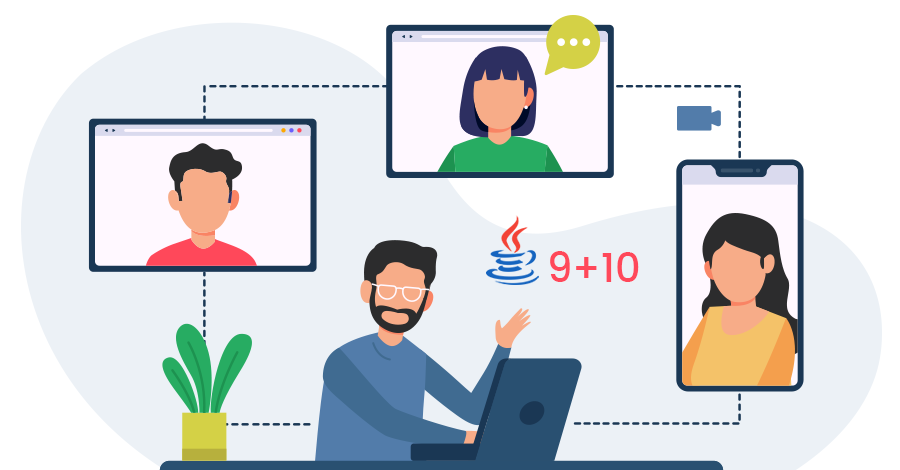 We continue, today, having Madalina as a mentor, the series of workshops about Java versions. Today we speak about Java 9 and Java 10.
On one hand, Java 9's main goals were to improve the overall security of the JDK and Java Implementations, to make build process and maintenance of Java code libraries applications easy, and to design and implement a standard module system for the Java Platform which can be applied on both Platform and JDK easily. On the other hand starting with Java 10, Oracle has moved to the time-based release of Java with the implications such as: a new Java release every six months - feature release, support for the feature release will last only until next feature release, long-term support release will be marked as LTS and Java 11 will be an LTS release.
During the workshop we focused on:
• JShell Command Line Tool
• Modular System - Jigsaw Project
• Language Modifications
• New HTTP Client
• Try With Resources
• Diamond Operation Extension
• Interface Private Methods
• Optional Class Improvements
• Stream API Improvements
• Factory Methods for Immutable List, Set, Map

It definetly was an intersting and comprehensive discussion, thank you Madalina for organizing and moderating it!